Originally published in Inside Weddings

If your iPod is peppered with songs by Josh Groban, Andrea Bocelli, and Jackie Evancho, you’ll find lots to love about Canadian tenor Cody Karey’s self-titled debut. The 23-year-old’s collection of soaring ballads doesn’t exactly break new ground, but Karey’s powerful voice and heart-melting lyrics will more than satisfy fans of the aforementioned masters of operatic pop (in fact, all have worked with famed producer David Foster).

Those searching for a wedding first-dance song will find plenty to choose from here, as virtually every track sounds tailor-made to accompany a waltz between newlyweds. Passion radiates from the achingly beautiful “You Are the Song,” while the guitar in “If Ever I Fall” is an unexpectedly pleasant accompaniment to Karey’s classically-trained voice. Even non Italian-speaking couples will appreciate “Tu Sei,” which nicely highlights Karey’s operatic range. This newcomer proves himself to be a welcome addition to the Grobans, Bocellis, and Evanchos of the world.

Since Pinterest launched in 2011, brides-to-be have used the website to keep track of inspirational wedding-related pictures. But currently, Pinterest doesn’t allow users to “pin” anything but photos -– meaning there is no way for users to save articles and documents that may be equally useful in planning their weddings.

That’s where Clipboard comes in. Launched in May 2012, Clipboard is a free online service that allows users to take screenshots of virtually anything on the web and save them to their “clipboard.” The fairly easy-to-use site markets itself as an extremely useful wedding planning tool — so we decided to try it out. Read on to find out what we thought of the site.

END_OF_DOCUMENT_TOKEN_TO_BE_REPLACED

If Britney, Rihanna and Ke$ha are the head cheerleaders of the music world, then Christina Perri is whatever you call the quiet girl who spent lunch strumming her guitar behind the bleachers. And as everyone found out at the 10-year reunion, turned out to be way cooler than the cheerleaders. As the 23-year-old singer-songwriter croons in her fantastic EP The Ocean Way Sessions, “Karma tastes so sweet.”

END_OF_DOCUMENT_TOKEN_TO_BE_REPLACED 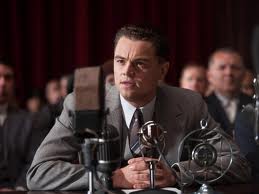 J. Edgar Hoover is one of those unfortunate political figures to whom history has not been especially kind. Is it possible to truly understand anything about a guy who bounces back and forth between paranoid Communist-phobe and cross-dresser in the public eye? But surely there must have been a man behind the mockery. At least, that’s what director Clint Eastwood would have you believe in his skillful, emotional biopic J. Edgar.

Leonardo DiCaprio stars as the misunderstood title character, aging 50 years in the process with the help of some seriously heavy-duty makeup. The story moves as a series of flashbacks, switching between an aging Hoover dictating his memoirs in the 1970s and a young Hoover rising to power as the groundbreaking director of the new Federal Bureau of Investigation (FBI) in the 1930s.

But make no mistake — this is not the story of J. Edgar Hoover, Crime Fighter. Rather, it is the relationship between Hoover and his longtime associate Clyde Tolson (Armie Hammer, best known as the Winklevoss twins in The Social Network) that serves as the emotional and narrative core of the film.

END_OF_DOCUMENT_TOKEN_TO_BE_REPLACED

Because there are a lot of them. A whole lot. Too many to count, actually. And with a story by frat boy d’jour Jonah Hill, you can’t really expect anything else. But can I tell you something? Despite the fact that I have a relatively low tolerance for crude humor of any kind, I had a big stupid grin on my face for most of this movie.

HOW CAN THAT BE?

END_OF_DOCUMENT_TOKEN_TO_BE_REPLACED

In the grand scheme of cinematic vampires, Barnabas Collins is, honestly, kind of a square.

He’s too gentlemanly to be scary, like Nosferatu or Dracula. His wardrobe is perpetually 200 years out of date, meaning he could never secretly live amongst the locals à la Edward Cullen. And with his stiff posture and raccoon eyes, his sex appeal is no match for Tom Cruise’s Lestat de Lioncourt (although no less than four women succumb to Barnabas’ advances throughout the course of the movie, so clearly I know nothing about vampire hotness).